We specialize in transformative results 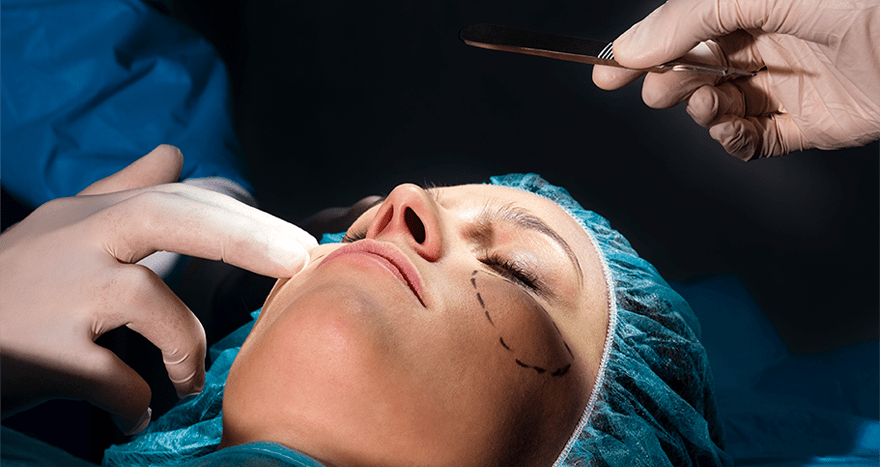 Oftentimes, the ratio of the facial anatomy that may benefit from alteration, rather than one structure alone.

Many patients that present to Dr. Markey’s office at the Ascentist Facial Plastic & Reconstructive Surgery Clinic hope to have their noses subtly reshaped, the bags below their eyes reduced, or their lips slightly raised, lowered or filled.  However, oftentimes it is the not that the nose is too large or the eyes too drooped but the facial ratios themselves that may benefit from improvement.

With a trained eye Dr. Markey is able to study the relationships of each facial structure to another.

He understands the relationship between the nose and chin when evaluating the face from the side, and the eyes to the lips when looking straight on, and even the ears to the sides of the head.  So while many patients may dislike one aspect of their face, in fact by gently repairing the subtle facial ratios Dr. Markey is able to get the best result.

Similarly, many patients feel that their eyes protrude too far or they have constant “bags” under their eyes.  Others believe their face looks “deflated” and they appear tired.  When evaluating the face from the side, Dr. Markey carefully calculates the ratio between how far the eyes sit forward in their sockets as well as how far the cheek bone sits forward.  Oftentimes, the eyes sit beyond the bony rim of the orbital floor, providing the patient with a deflated or tired look.

Dr. Markey and his team understand these ratios.

They are able to enact positive change in their patients with the least invasive procedure possible. Adding volume to the chin or cheekbone may only require injectable filler.  This is performed in-clinic and the results are available immediately after injection.  Depending on the filler type that is chosen, the results may last anywhere from 1 to 3 years.

Others opt for a more permanent change to their appearance. When this is the case, Dr. Markey can precisely place a permanent implant into the area to provide the additional volume and restore the delicate facial ratios. For the chin, this is commonly performed via a small incision placed hidden within the chin crease. For the cheeks, this is performed via an incision hidden within the mouth.  Other types of implants include mandibular angle implants to provide a stronger looking jaw, or implants placed into deficient facial zones after an accident or other trauma.

Don’t hesitate to contact Dr. Markey and his staff anytime with questions regarding facial augmentation.

What Our Patients Are Saying...

What an amazing physician!!

Great bedside manner. Personable, professional, kind, caring and above all else an exceptional surgeon. Dr. Markey listened to my concerns and was able to exceed my expectations. I was able to ask all my questions and received answers in a way that I understood. I have nothing but the highest praises for humility and humanity in making sure I was prepared before and after my procedure. Dr. Markey is the best of the best, I have already recommended him to numerous colleagues and peers.

Thank you, Dr. Markey and Irene for being so terrific.

I was referred to Dr. Markey through my internist. My appointment was right on time. Dr. Markey is very personable and makes you feel at ease. He listens to your concerns and, in fact, found that I had cartridge growing in my left nostril that was inhibiting me from breathing correctly. We set up a date for same day surgery. His office team then helped me with scheduling. I messaged Dr. Markey with concerns and he responds right away. I am very glad I found him and would suggest his services to anyone needing a really terrific otolaryngologist. Thank you, Dr. Markey and Irene for being so terrific.

He’s very passionate about his patients and the  work he does. This man is such a sweetheart and really wants you to look your best trust me he is an excellent cosmetic surgeon. Dr Markey takes his time & has really given me a fresh start and a boost of confidence.

Overall, my experience was outstanding.

Dr. Markey was attentive, professional, personable, kind and caring. He truly made me feel safe. I never felt rushed or embarrassed when addressing my care. I felt fully prepared to care for myself at home due to the large amount of time we spent before my procedure. Not only were my expectations met, but they were exceeded.

My overall result exceeded my highest expectations! Thank you!

Dr. Markey is an excellent choice If you want someone who is focused on quality, safety, and patient experience. His ability to engage and include me in decision making allowed me to trust him.

I will definitely be seeing Dr. Markey again and referring my friends.

Dr. Markey is everything you could hope for in a facial plastics specialist. I went to him for both Juvederm and Botox and couldn’t be happier. His bedside manner and attention to detail is remarkable.